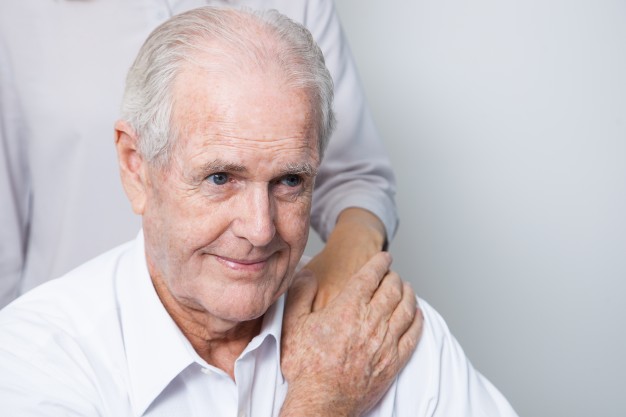 Most older people live at home and have very few or only minor memory difficulties. Sometimes, however, forgetfulness is a serious problem. Such people have difficulty in remembering things from one moment to the next. They may not remember where they are. They might think they are years younger than they are. This degree of memory loss may be temporary so it should be brought to the attention of your doctor, who may be able to help treat the underlying cause.

When severe memory loss and confusion occurs over many months or years it is referred to as ‘dementia’. This means that brain cells are failing to function as effectively as they do in normal ageing. Dementia affects about one person in five over 65. It is much less common in people under 65 and far more common in those over 75. In the elderly, the most common forms of dementia are Alzheimer’s and vascular dementia.

‘Dementia’ is an umbrella term used to describe conditions that result in the progressive loss of mental (cognitive) functions. Worldwide, approximately half of dementia victims have Alzheimer’s; another quarter have vascular dementia, and the remainder suffer from conditions such as dementia associated with alcoholism, Parkinson’s disease, brain tumours, thyroid dysfunction, pernicious anaemia and other, rare conditions. To learn about dementias, you might like to read the following Alzheimer’s UK fact sheets, or visit their website, www.alzheimers.org.uk.

Alzheimer’s (pronounced Altz-hi-merz) is a disorder of the brain causing loss of memory and function and the skills of daily living. Alois Alzheimer, a German neurologist, first described it in 1906. Alzheimer’s is an age-related disease. The older the person, the more likely it is to occur; people in their 40s and 50s can have Alzheimer’s, but this is relatively rare. In Alzheimer’s, areas of degeneration in the brain have a characteristic appearance under the microscope. They are called ‘plaques’. Changes also occur in brain cells and these are called ‘neurofibrillary tangles’. To see the Alzheimer’s UK fact sheet, What is Alzheimer’s: http://www.alzheimers.org.uk/factsheet/401

If you would like to read a book written by a South African person with dementia (‘Diary of an Alzheimer’s sufferer’ , also available as ‘Alzheimersiekte’), contact John du Preez at jrdupreez@yahoo.com or on 071 265 1972. The book can now be purchased directly from www.dementiaand.com.

What is vascular dementia?

Dr Brent Tipping, specialist physician and geriatrician, Parktown, gave a talk on vascular-related cognitive impairment, at the 2007 AGM of Alzheimer’s SA (Gauteng). This is a summary of that talk. Dementia is synonymous with memory problems and refers to impairment of only one part of the brain’s many functions. Damage to other areas of the brain may cause just as much debilitation.

Damage to the blood supply to the brain will lead to brain damage in as little as a few minutes. The blood supply can be hindered by blocked or damaged vessels, usually resulting from stroke (ask us for our notes on recognising a stroke). Stroke can manifest as blockages of larger blood vessels, usually due to a clot, which may arise from the heart or form on the surface of a hardened, calcified blood vessel.

In the smaller vessels, years of high blood pressure can result in narrowing of the vessels, which causes reduced or even absence of blood flow to the area supplied by these vessels. These narrower vessels need higher blood pressure to push blood adequately through them. This higher blood pressure contributes to a vicious cycle, with further blood vessel damage occurring. Compare this with breathing through a straw – possible, but exhausting, and not very effective. When high blood pressure is diagnosed, it is important not to reduce the pressure suddenly as this in itself can cause mini-strokes. The usual approach is to try to lower the blood pressure gradually, over a week or two.

Managing the vessels can slow the progress of the disease, and preventing damage to the blood vessels is one of the most important steps for anyone wishing to avoid vascular dementia. Furthermore, Alzheimer’s disease and mild cognitive (vascular) impairment tend to feed off one another. Minimising vascular risk factors will slow the progression of Alzheimer’s dementia.

The frontal part of the brain allows us to manipulate the environment and frontal damage reduces that ability. The ability to manage our environment is a major distinguishing feature of humans vs other animals, but when we lose that ability, common consequences include stubbornness, inflexibility and an inability to plan and interact in a positive manner with our environment. Often, people with early frontal brain damage can manifest with depressive symptoms.

Prevalence: in South Africa, stroke is the 4th most common cause of death, and the 3rd in women. Each year, about 30,000 South Africans die of a stroke and about 20,000 survive. A mini-stroke may go unrecognised – for each one the doctor identifies, there are up to five unseen. As many as two-thirds of recognised strokes are preventable and prevention saves brain tissue and therefore cognitive function. Specific risk factors/strategies to prevent stroke/vascular dementia include:

Distinguishing between Alzheimer’s and vascular dementia:

On the topic of depression: Depression is a very common and under-recognised illness in our country. It is often not recognised and therefore not treated in the state sector.