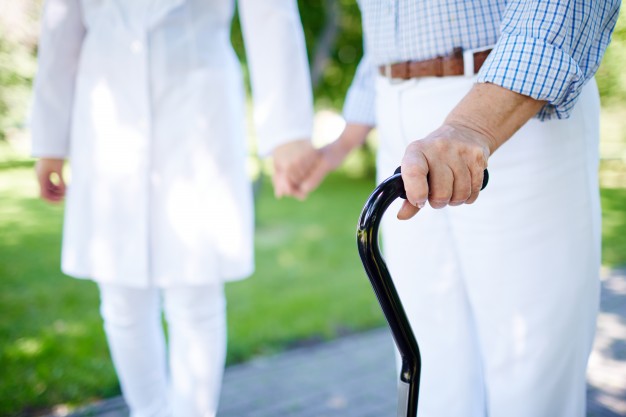 People aged 65 and older consume more prescription and over-the-counter medicines than any other age group. Older people tend to have more long-term, chronic illnesses such as arthritis, diabetes, high blood pressure and heart disease, than do younger people. Because they may have a number of diseases or disabilities at the same time, it is common for older people to take many different drugs.

Using medicines may be riskier for older adults, especially when several medicines are used at one time. Taking different medicines is not always easy to do right. It may be hard to remember what each medicine is for, how you should take it and when you should take it. This is especially so for people with memory problems or dementia.

Medicines may act differently in older people than in younger people. This may be because of normal changes in the body that happen with age. For instance, as we get older, we lose water and lean tissue (mainly muscle) and we gain more fat tissue. This can make a difference in how long a drug stays in the body.

The word “drugs” can mean both medicines prescribed by your doctor and over-the-counter (OTC) medicines, which you buy without a doctor’s prescription. OTCs can include vitamins and minerals, herbal and dietary supplements, laxatives, cold medicines, and antacids. Taking some OTCs together with prescription medicines can cause serious problems. For example, aspirin and ginkgo biloba should generally not be taken with warfarin (Coumadin). Be sure your doctor knows what medicines you are taking and assures you that it is safe for you to take your medicines together. Also ask about taking your medicines with food. Herbal supplements also should be taken with care. Gingko biloba, for instance, should not be taken with aspirin, acetaminophen, warfarin, or thiazide diuretics because it may increase blood pressure and the risk of bleeding problems.

A specialist physician has said, “Be wary of the claims made by manufacturers of supplements. The homocysteine level, for instance, is simply a marker of susceptibility to vascular damage.”

The Sunday Times of 7 February 2010: “Taking ginkgo biloba, St John’s wort and other widely-used herbal supplements may be risky for people on heart medication. They may increase the potency of prescription drugs for heart disease or make them less effective. Mixing herbs and drugs could also cause serious heart-rhythm problems and bleeding, according to a review published in the Journal of the American College of Cardiology. Use of herbal supplements among elderly patients is of particular concern, because they typically have more than one disease, take multiple medications and already are at greater risk of bleeding, the report said.”

All medicines have at least two names – a generic name that identifies the substance and a proprietary (trade) name that may vary, depending on the manufacturer.

Drugs can be classified in line with the symptoms that they treat. The links below will describe to you the drugs that are used for the symptoms listed as well as the side-effects commonly experienced:

Before any medicines are prescribed for dementia, existing health conditions and medications need to be taken into consideration.

Whenever possible, the person should be helped to lead an active life, with interesting and stimulating daily activities. By minimising distress and agitation it is often possible to avoid the use of medicines altogether.

If, after a full assessment, it is decided that medication is necessary, it is important to remember that:

People with dementia may at some point in their illness develop symptoms such as depression, restlessness, aggressive behaviour and psychosis (delusions and hallucinations).

The person is not just being difficult. He or she is trying to tell you something but is unable to, because of problems with communication. An example is if the person becomes physically or verbally aggressive, s/he may be expressing anger or frustration but cannot tell you. It is important to try to understand the reasons for this behaviour and try and prevent it from happening again.

It may, however, be necessary to have medication prescribed if the behaviour is really out of control and is a problem for the person with dementia and those living with that person.

If on medication, the person must be evaluated at least every two months, as the medication should not be prescribed indefinitely.

Major tranquillisers (also known as neuroleptics or antipsychotics) are medicines that were originally developed to treat younger people with schizophrenia.
They are frequently prescribed to people with dementia for symptoms including agitation, delusions (disturbed thoughts and false beliefs), hallucinations (seeing and hearing things that aren’t there), sleep disturbance and aggression. Commonly used medicines include thioridazine, haloperidol and risperidone.

Side-effects
Side-effects include excessive sedation, dizziness, unsteadiness and Parkinsonism, when the symptoms resemble those of Parkinson’s disease (mask-like face, shakiness, slowness and stiffness of the limbs). Tranquillisers may be dangerous for those with dementia with Lewy bodies or Parkinson’s disease.

A new generation of major tranquillisers may be less prone to produce troublesome side-effects and these include risperidone.

Whichever medicine is used, treatment with major tranquillisers should be reviewed regularly and the dose reduced or the medicine withdrawn if side-effects become unacceptable.

Excessive sedation with major tranquillisers may reduce symptoms such as restlessness and aggression, but at the same time, reduce mobility and worsen confusion.

Anticonvulsant drugs such as sodium valproate and carbamazepine (Tegretol) are sometimes also used to reduce aggression and agitation, as is the antidepressant drug trazodone.

Sleep disturbance, and in particular persistent wakefulness and night-time restlessness of the person with dementia, can be very disturbing for carers. Many of the drugs commonly prescribed for people with dementia can cause excessive sedation during the day, leading to an inability to sleep at night.
Increasing stimulation during the day can reduce the need for sleep-inducing medication (hypnotics) at night. Hypnotics are generally more helpful in getting people off to sleep at bedtime than they are at keeping people asleep throughout the whole of the night. They are usually taken 30-60 minutes before going to bed.

Chlormethiazole is generally well tolerated by elderly people, although some cannot take it because it produces an unpleasant itching sensation in the nose. Benzodiazepines (see section on drugs for treating anxiety) such as temazepam are frequently prescribed. Thioridazine is also sometimes used for night-time sedation (see section on drugs for treating agitation). Examples are flurazepam (Dalmane) and temazepam (Temazepam).

If excessive sedation is given at bedtime, the person may be unable to wake to go to the toilet and incontinence may occur, sometimes for the first time. If the person does wake through the night despite sedation, increased confusion and unsteadiness may occur.

Hypnotics are best used only when the carer and person with dementia feel that a good night’s sleep is necessary for either or both of them. The doctor should regularly review the use of such drugs.

Drugs for treating depression
Symptoms of depression are very common in dementia. In the early stages they are usually a reaction to the person’s awareness of the diagnosis. In the later stages of the illness, depression may also be the result of reduced chemical transmitter function in the brain. Both types of depression can be treated with antidepressants, but make sure that this is done with the minimum of side-effects.

Antidepressants may be helpful in improving persistently low mood and also in controlling the irritability and rapid mood swings that often occur in dementia and that are also seen after a stroke.

The doctor will usually prescribe antidepressants for a period of at least six months. For them to be effective, it is important that they are taken regularly, without missing any doses.

Improvement in mood typically takes two to three weeks or more to occur, whereas side-effects may appear within a few days of starting treatment.

Tricyclic antidepressants such as amitriptyline, imipramine or dothiepin, which are commonly used to treat depression in younger people, are likely to increase confusion in someone with dementia. They might also produce dry mouth, blurred vision, constipation, difficulty in urination (especially in men) and dizziness on standing, which may lead to falls and injuries.

Newer antidepressants are preferable as first line treatments of depression in dementia.

Drugs such as fluoxetine, paroxetine, fluvoxamine, sertraline and citalopram (known as the selective serotonin re-uptake inhibitors) do not have the side-effects of tricyclics and are well tolerated by elderly people. They can produce headaches and nausea, especially in the first week or two of treatment.

Drugs for treating anxiety
Anxiety states, accompanied by panic attacks and tearfulness, may lead to demands for constant company and reassurance. Short periods of anxiety, for example in response to a stressful event, may be helped by a group of drugs known as benzodiazepines. Continuous treatment in excess of two to four weeks is not advisable because dependency can occur, making it difficult to stop the medication without withdrawal symptoms.

Side-effects
There are many different benzodiazepines, some with a short duration of action such as lorazepam and oxazepam, and some with longer action such as chlordiazepoxide and diazepam. All of these drugs may cause excessive sedation, unsteadiness, a tendency to fall, and they may worsen confusion and memory problems that are already present.

Major tranquillisers (see above) are often used for severe or persistent anxiety. If taken for long periods, these drugs can produce a side-effect called tardive dyskinesia, which is recognised by persistent involuntary chewing movements and facial grimacing. This may be irreversible, but is more likely to disappear if it is recognised early and the medication causing the problem is stopped.

The new generation of anticholinesterase drugs was originally developed to improve memory and the ability to carry out day-to-day living activities. Recent evidence suggests that they also have beneficial effects on behaviour, especially lack of drive, mood and confidence, delusions and hallucinations.

Taking these medications may therefore reduce the need for other medications. In higher doses, however, anticholinesterase drugs may gradually increase agitation and produce insomnia with nightmares. Examples are donepezil (Aricept), rivastigmine (Exelon) and galantamine (Reminyl).

Another type of drug, an NMDA receptor antagonist known as memantine (Ebixa), is generally well tolerated and unlikely to cause gastro-intestinal tract side-effects.